This passionate article explains the human impact on ecosystems and the effect that is having on native animals. It is well suited to year 7 Biology students and should be used to encourage them to think critically about common terminology and the preconceptions that can lead to.

It’s 84 years since the last known Tasmanian tiger, or thylacine (Thylacinus cynocephalus), died at Beaumaris Zoo, Hobart. Locked out of its sleeping quarters by its keepers, it died in its cage, alone, as temperatures plummeted overnight.

In 1996, on the 60th anniversary of this inauspicious date, 7 September was declared National Threatened Species Day — a day to reflect on how other species could await a similar fate at humanity’s hand.

Before European settlement it’s estimated there were around 5000 thylacines in Tasmania. But European farmers saw it as a threat to their introduced flocks of sheep, and so hunted it to extinction – with the enthusiastic help of colonial administrators.

The thylacine’s fate then is one of numerous examples of what is now known as “human-wildlife conflict”. It’s an inglorious term, defined by the IUCN as being where “a threatened species poses a direct threat to people and their livelihoods, resulting in retaliation against the species they blame for this”.

More: Feral cats are being outsmarted by this adorable species

To me it seems strange to use the word “conflict”, as it suggests opponents wilfully inflicting a comparable level of damage on one another – never the case when one side of that equation is humans and the other is wild animals doing what they do naturally without malice or forethought. Given that we are the ones encroaching on their habitat, and any harm they subsequently inflict is met with disproportionate retaliation, maybe conflict isn’t the right term.

The conflict that isn’t

Let’s look at the numbers. Livestock losses due to lions, hyena and leopards in Kenya’s Amboseli National Park are valued at around US$1 million a year. But this is a minute fraction of the tourism revenue received from people paying to view such wildlife. Meanwhile, lion numbers have plummeted from 1 million before European colonisation to less than 30,000 today, with lions regarded as vermin by European settlers and a threat to livestock today by rural communities.

Black bears have killed only 67 people in the whole of North America since 1900. Yet they are perceived as an ever-present danger in rural areas. Corresponding deaths from dog attacks over the same period are at least 50 times higher.

And since 2012, there have been a total of 25 fatal shark attacks Australia-wide, according to the Australian Shark Attack File maintained by the Taronga Conservation Society Australia. Yet, over the same period, more than 5000 sharks, including species which pose no risk to humans, have been caught in nets and drumlines in Queensland alone, along with an additional 1100 sea dwellers, such as turtles and dolphins.

This pattern is repeated for a range of species including pigs, deer, primates, seals, birds of prey, crocodiles, rhinos, otters and wolves. Woe betide any wild animal that threatens us or our welfare.

That’s not to say we can disregard impacts caused by wild animals – particularly for those who come in close contact. But they have to be taken in context.

In India, nearly 400 people and 100 elephants are killed in conflict-related instances each year, with nearly 500,000 families affected by elephant-induced crop damage. Without doubt, that is devastating. But it’s really a result of human encroachment on wilderness areas as India’s rural population ballooned from 200 to 900 million in the 20th century. Elephant numbers have declined more than 50% over the same time. And it’s not just elephants – according to the Humane Society of the United States there are now more tigers living in captivity in Texas than the 2,500 that are thought to exist in the wild in India.

What can be done?

Central to managing human-wildlife conflict is the need to work with affected communities on solutions that benefit both the residents and wild animals. After all, locals are the ones with the elephant or tiger in their back yard! Building a mutually beneficial co-existence, by ensuring that local communities benefit from any income associated with the presence of these wild animals or at the very least aren’t economically disadvantaged by them, is vital.

In many parts of the world such as Namibia and Nepal, meanwhile, compensation or insurance exists for animal-induced damage. Relocation schemes for animals to protected areas away from people, creating buffer zones around wilderness areas and promoting alternative land uses by communities, are also critical.

The big picture, however, is that human-wildlife conflict is really a function of human consumption patterns rising from a 5-fold population increase from 1.5 billion in 1900 to 7.7 billion today.

With a booming human population and industrialisation, wild animals now make up only 4% of mammal biomass on Earth. Humans make up around 36%, and domesticated animals (mostly cattle and pigs) 60%. The numbers for birds are similar – farmed poultry makes up around 70% of all birds on the planet, with wild birds only 30%.

And as our numbers boom, we’re carving our way across natural habitats. Of habitable land on the planet, 50% is used for agriculture, and 77% of that used to raise domesticated animals.

So the pressure on wild animals isn’t just a function of a growing human population but also of the increase in consumption rates that come with “civilisation”. If you added up the land used globally for agriculture, industry and urban areas, every person would notionally have only 2 hectares to provide for all their needs throughout our lives, according to global engineering firm Arup. And yet each Australian’s consumption requires almost 6 hectares and each American nearer 10.

Also: Federal laws are being broken as threatened species habitat continues to be destroyed

That’s not a model we want to emulate, nor a model for sustainable civilisation in my book.

But perhaps a discussion of human-wildlife conflict to an extent misses the point, in that it places the emphasis on looking at wild animals with which we have “conflict” as if they represent the full extent of the problem.

Such animals only feature because they have the audacity to stand up to us as we encroach upon their territory. In fact they represent only the tip of the iceberg in terms of our actual impact on the natural world.

If we include those animals and habitats that quietly and often invisibly submit – expunged from our human landscapes, and that don’t therefore get mentioned in any discussion about “conflict” – that impact is immeasurably bigger. These are the species being lost at rates 100 to 1000 times higher than natural background rates as part of what has been coined the Anthropocene extinction. And Australia is a major contributor, being one of a handful of countries responsible for over half of the world’s biodiversity loss – joining Papua New Guinea, Indonesia, Malaysia, India, China and the United States.

Any meaningful solution to human-wildlife conflict, therefore, not only needs to treat its symptoms but also requires us to find a cure for the real issue. That means not only looking for ways to better manage those conflicts, but also learning that we do not have complete dominion over the natural world, and that its species and their habitats are not resources for us to use indiscriminately.

Instead humans, as the apex predator, need to learn to become better stewards and to respect the rights of those species we share the planet with, many of which in turn are crucial to our own survival.

Tim Jarvis – Trees are more important now than ever before

Herbivores, poop and the nutrient cycle 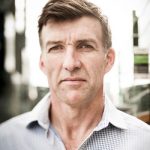 Tim Jarvis
Tim Jarvis is an international leader in the field of environmental sustainability. An explorer, scientist, author, filmmaker and inspiring public speaker, he has Masters qualifications in the sciences and environmental law, and is committed to finding pragmatic solutions to major issues related to climate change and biodiversity loss. Voted 2016 Conservationist of the Year by the Australian Geographic Society, he has led expeditions that retraced the Antarctic expeditions of Sir Douglas Mawson – using the now 100-year-old equipment of the time – and Sir Ernest Shackleton. He has been awarded a Bragg Membership of the Royal Institution of Australia. More about Tim and his activities at: www.timjarvis.org