This interesting resource is suited to students in years 6, 7, 9 and 10 studying Biological science. The questions are designed to promote thinking about the importance of stable ecosystems as well as using Indigenous science to protect and preserve biodiversity. This resource could also be used with senior secondary students to discuss genetics and food security.

In the central highlands of Guatemala, Rosalia Asig Cho ushers a small group of visitors into a one-room building, filled floor to ceiling with shelves of earthenware cylinders containing seeds from Indigenous families across the area: corn, amaranth and other crops almost lost during Guatemala’s decades-long civil war.

Seed banks, usually associated with the massive “doomsday vault” in Svalbard, with its nearly 1 million samples, are seen as backup copies of crops that might otherwise be lost due to natural or human factors.

According to the Food and Agriculture Organisation of the United Nations (FAO), in the 20th century, around three-quarters of the world’s crop genetic diversity has been lost as farmers adopted high-yielding breeds with relatively little genetic diversity. Now around 95 percent of the energy we get from food comes from only about 30 kinds of food crops.

But as Asig Chó, coordinator of the agricultural development non-governmental organisation Qachuu Aloom, explains, Indigenous communities around the world have been pioneers in preserving and reintroducing traditional agricultural varieties.

“Our work began in 2003, when families began to gather the seeds they have in their home, mainly corn and beans,” she says, “But most of the families did not have seeds from native plants.”

She says many of the families lost their seeds during the country’s armed conflict. Another factor was the introduction of hybrid seeds and agrochemical-based farming methods from overseas.

Now the organisation has 500 active members — 80% of them women — spread across the territory of the Maya Achi Indigenous group of Guatemala. Their aim is to help farmers get better at traditional and agroecological farming practices while helping to preserve native seed. The seed room provides the raw materials for this process and for the circular gardens and raised beds at their main seed farm outside of Rabinal, Guatemala. The project also has a diplomatic role: Seeds from the collection have been sown in the United States by students and supporters of the organisation.

Indigenous efforts to preserve seeds scattered by conflict aren’t limited to Guatemala. In February 2020, the Cherokee Nation became the first Indigenous nation in the U.S. to deposit its traditional seeds in the Svalbard vault.

Pat Gwin, senior director of the Cherokee Nation’s Environmental Resources group, says the tribe has focused since 2005 on finding and cultivating the crops lost during the forced relocation of the Cherokee people from the southeastern U.S. to Oklahoma during the 1830s.

“In 1838, only one crop went with the tribes because the tribes didn’t feel like it was right to uproot them,” he says. “Ninety-nine percent of those things were not removed with us, so we started at zero.”

He says the Cherokee Nation Seed Bank now preserves more than 100 different kinds of seeds. Last year they distributed close to 10,000 packages of seeds to growers across the U.S.

Colombian scientist Nora Castañeda-Álvarez, project manager with the Seeds for Resilience project at the international NGO Crop Trust, says seed banks conserve many crops that are relevant to food security.

Part of the same organisation that runs the Svalbard vault, Seeds for Resilience works with national-level seed banks in Africa to drive more resilient and diversified food production incorporating crops such as sorghum, millets and cowpea.

Castañeda-Alvarez says that traditional varieties can be more nutritious than other varieties. Separate studies have shown this to be true in eggplants and chickpeas.

“Nowadays, landraces are being used in breeding programs to enhance the nutritional profile of several crops,” Castañeda-Alvarez says, adding that one example of this is in the development of a more nutritious breed of maize (corn).

Back in Guatemala, Asig Cho also highlights nutrition as an advantage.

“The varieties of the seeds that we have in our seed house are from the region of the Maya Achi people, in the northern region of Guatemala,” Asig Cho says. “This ancestral seed has nutritional properties that can prevent malnutrition in children and the family in general.”

Jahanshiri says many underutilized crops, which Crops For the Future is aiming to further develop, are grown in marginal conditions, and that makes them suitable candidates for developing solutions for climate change.

“A solution might also come from using other adaptable crops in the food system rather than just digging deeper into the genetic makeup of major crops like maize,” Jahanshiri says, “They could also potentially require less investment and quicker returns compared to over-researched crops because the majority of them are native crops that are domesticated locally but are neglected by the governments and researchers.”

Castañeda-Alvarez offers the example of a sorghum variety from Burkina Faso as a good illustration of the potential of traditional varieties.

“A traditional sorghum landrace was rediscovered through participatory plant breeding, and it has traits that help the crop to cope with the changing climatic conditions,” she says.

Both Gwin and Asig Cho say that their seed banks are also key to preserving the cultural heritage of their respective Indigenous groups.

Given that the Cherokee people were scattered across the continental U.S., Gwin says that anecdotally, many of those cultivating the traditional varieties see it as part of keeping their traditions alive.

“A lot of Cherokees live in California and they view the opportunity to grow these crops as a tangible connection to their heritage,” he says.

“One of our ceremonies is the green corn ceremony, so of course, you need green corn for that,” he says.

For Asig Cho, the preservation of seeds is closely linked to the success of Guatemalan Indigenous communities, particularly the women members.

“The dream is to achieve the strengthening and consolidation of an organisation that watches over the well-being of its own people, especially women and their families,” she says.

She tells the visitors gathered in the seed room that Qachuu Aloom, which translates as “Mother Earth,” uses its role as a women’s organisation to focus on using the conservation of native seeds as the basis of their own development.

After eating a lunch that includes leafy green and whole-grain tortillas prepared using ingredients that are only still available thanks to the efforts of the seed bank, the guests leave – taking with them new awareness of the potential of Indigenous seeds, small as they seem, to change the world in a very big way.

This article was originally published on Ensia and is republished here with permission under the terms of a Creative Commons’ Attribution-NoDerivs 3.0 Unported licence. View the original article here.

The little-known native foods about to change the world 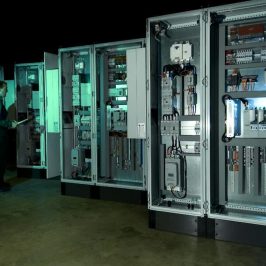 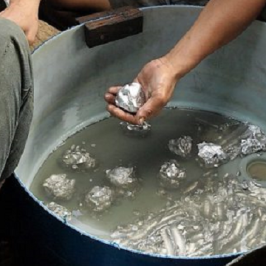 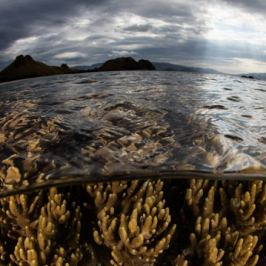 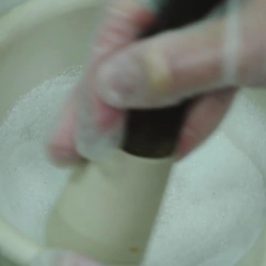 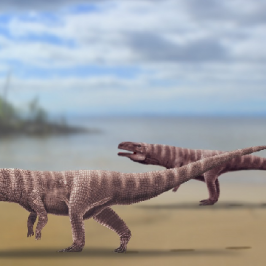 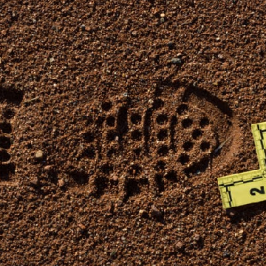