As the Hubble Space Telescope turns 30, astrophysicist Alan Duffy shares his favourite images and how they changed the way we understand the universe.

Use these beautiful images and video to open a discussion with students about the incredible technological advancements in STEM over the last 30 years and how they can impact society. This is suited to students in years 10, 11 and 12 studying Earth and Space and Physical Sciences.

Why This Matters: Hubble has shown us the universe in ways we never thought possible.

On 25 April 1990 the Hubble Space Telescope was deployed from the Space Shuttle Discovery. Lifted from the cargo bay, the astronauts onboard, including future NASA Administrator Charles Bolden, unfolded the telescope’s solar arrays and antennae for the first time, before releasing it into orbit.

Then, on 20 May 1990 Hubble took its first images. Already it was showing itself to be 50 per cent sharper than ground telescopes. But that wasn’t good enough – investigations found that its primary mirror had a microscopic imperfection called a spherical aberration. NASA found that the curvature of the mirror was off by 2 microns, or 1/50th the width of a human hair. That slight imperfection was enough to make the images slightly blurry.

In December 1993 the first Hubble servicing mission SM1 was carried out by astronauts aboard Endeavour. The major goal of this mission was to install two pieces of equipment that corrected for the mirror aberration. The Wide Field and Planetary Camera 2, and Corrective Optics Space Telescope Axial Replacement (COSTAR), provided internal corrections for the Hubble instruments, clearing up the images.

However Hubble wasn’t sitting idle over those years – a range of images and measurements probed the chemistry of the early universe, the aftermath of supernovae, accurate measurements to the nearest galaxy, the material that fuels black holes, and even detailed images of Jupiter.

It was already good, but the fixes made during SM1 made it even better. After its troubled start, Hubble began providing images that revolutionised our understanding of the universe, and blew our minds about the intricacy, and sheer beauty, of the universe.

The Pillars of Creation

It’s iconic. It’s literally on posters. The Pillars of Creation reveal newly forming stars from cold, dense and even to Hubble’s extraordinary eye, dark clouds of gas stretching over 10 light years in height, all 6500 light years away in the Eagle Nebula in the Orion Constellation.

Sculpted by the intense light and winds from the stars it births, the clouds of gas are blasted away to reveal a glorious range of stars of different sizes and colours.

In a seemingly empty patch of sky far smaller than your thumbnail held at arm’s length is revealed by Hubble to be filled with thousands (5500!) of galaxies, stretching billions of light-years away and hence billions of years ago in time.

This image underlies the power of Hubble in perfectly capturing the fine details of closer galaxies but also the incredible sensitivity to reveal such faint distant ones.

The red dots are galaxies so far away that the expanding universe has stretched their colour to longer, ie. redder, wavelengths and mark the dawn of the first galaxies themselves, just a few 100 million years after the Big Bang.

Our largest neighbour, Andromeda or M31, was painstakingly surveyed by Hubble to form the single largest image ever released, at 1.5 billion pixels.

A new web interface was made by NASA just to allow us to zoom in until you can see individual stars in a galaxy 2.5 million light years from us.

The beauty of the galaxy belies a dark truth, the Milky Way will collide with this galaxy in 5 billion years time. But for now, thankfully, Hubble allows us to enjoy the view entirely safely.

A prediction from Einstein, that massive objects could bend the light around them and focus it like a magnifying glass or lens, was revolutionary yet no one at the time believed it possible to ever see galaxy images be distorted and lensed by other galaxies.

In this image we see just such a hall of mirrors like effect as 4 billion light-years away a cluster of galaxies known as Abell 370 and its accompanying, otherwise invisible, dark matter lenses yet more distant galaxies behind.

The distortion of these distant galaxies into arcs and streaks of light allows us to map the gravity, or mass, of the cluster to reveal the dark matter. Hubble is so powerful it can even see fundamentally invisible parts of our universe!

The Antennae galaxies were simply one of the most beautiful images ever captured by Hubble, showing a collision between two galaxies that wrap around each other. The gravity stirring clouds of gas into gigantic new regions of star formation glowing brilliant blue, heating the gas around to glow red, and dust lanes swirling around.

The fragility of galaxies, the dynamic nature of universe, and the colourful beauty of two objects merging into one. How can you not love this image?

A collision that began 200 – 300 million years ago, in an object 45 million light-years distant, shows our future as our own Milky Way – Andromeda galaxy collision will be even larger.

Even on its birthday the telescope doesn’t get a day off. NASA have revealed a stunning image of a firestorm of starbirth in a nearby galaxy.

The image captures a view of two nebulae named NGC 2020 and NGC 2014. These nebulae are located 163,000 light-years away in the Large Magellanic Cloud, a satellite galaxy of the Milky Way.

With Hubble exploring the universe for 30 years, there have been amazing images captured every single day. Now, NASA have opened the archives to allow you to find what Hubble saw on your birthday.

The Story of the Hubble Space Telescope

Planet that never was is still interesting 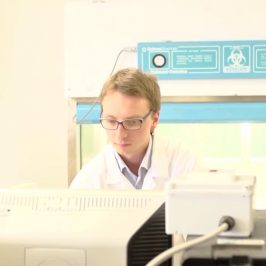 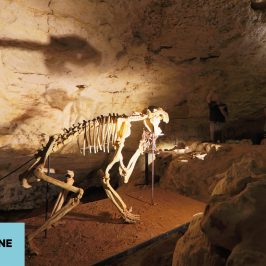 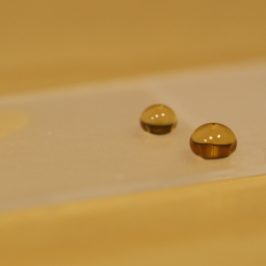 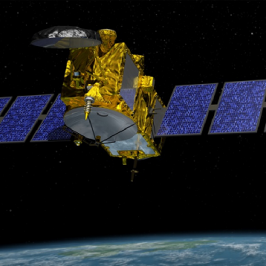 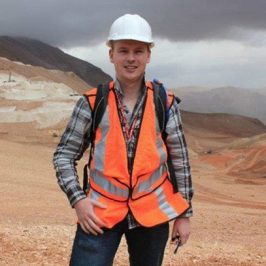 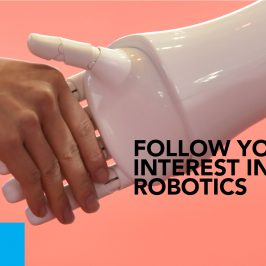